Depliant
Sartorio Museum is an elegant bourgeois mansion of the 19th century, built close to the sea and surrounded by a garden. It has become a Museum thanks to the bequeath by Anna Segrè Sartorio. Furniture, artworks and everyday objects belong to a fascinating permanent exhibition articulated on three floors. In the intercommunicating sitting rooms different styles coexist: Empire and Biedermeier, together with Historic, Gothic and Rococo Revival.

A FAMILY, A MANSION, A MUSEUM

The first building dates back to 1791, while the presentday appearance is the result of renovation and expansion works in Neoclassic style carried out by Nicolò Pertsch, an architect from Trieste, upon request of the owners, Giuseppina Fontana and Pietro Sartorio, who chose the mansion as their home and furnished it with high quality furniture and paintings (still visible today). Pietro Sartorio Sr., a cereal tradesman who arrived in Trieste from native Sanremo in 1775, started the local branch of the Sartorio family. Two of his nine children, Giovanni Guglielmo and Pietro Jr., followed his path and took part in the flourishing family trade, holding also important public and diplomatic offices, so much so that Emperor Franz Joseph granted them the title of Baron.

Four children were born to the marriage of Pietro Jr. and Giuseppina Fontana, two girls and two boys. One of them was Giuseppe, a passionate and skilled collector who in 1910 donated all his collections to the Municipality of Trieste. They included, in particular, 254 hand drawings by Giambattista Tiepolo and the Greek vases collection that had belonged to his grandfather Carlo d’Ottavio Fontana. One of Pietro Jr.’s daughters, Carolina, married her first cousin Pietro (the only son of Giovanni Guglielmo). The last heir, Anna Segrè Sartorio (1861-1946), was born to their marriage. In her last will and testament she bequeathed to the Municipality of Trieste both the mansion with its garden and the precious and heterogeneous artistic heritage, thus allowing the birth of Civico Museo Sartorio, opened in 1954.

The tradition of art patronage of the Sartorio family has been continued by the Costantinides family, which between 1990 and 2006 has generously financed the renovation works of good part of the Museum. Today Museo Sartorio has a double soul: beside the historic residence, several collections of the Civici Musei di Storia ed Arte are on display, completing and increasing the historical and artistic value of the Museum. 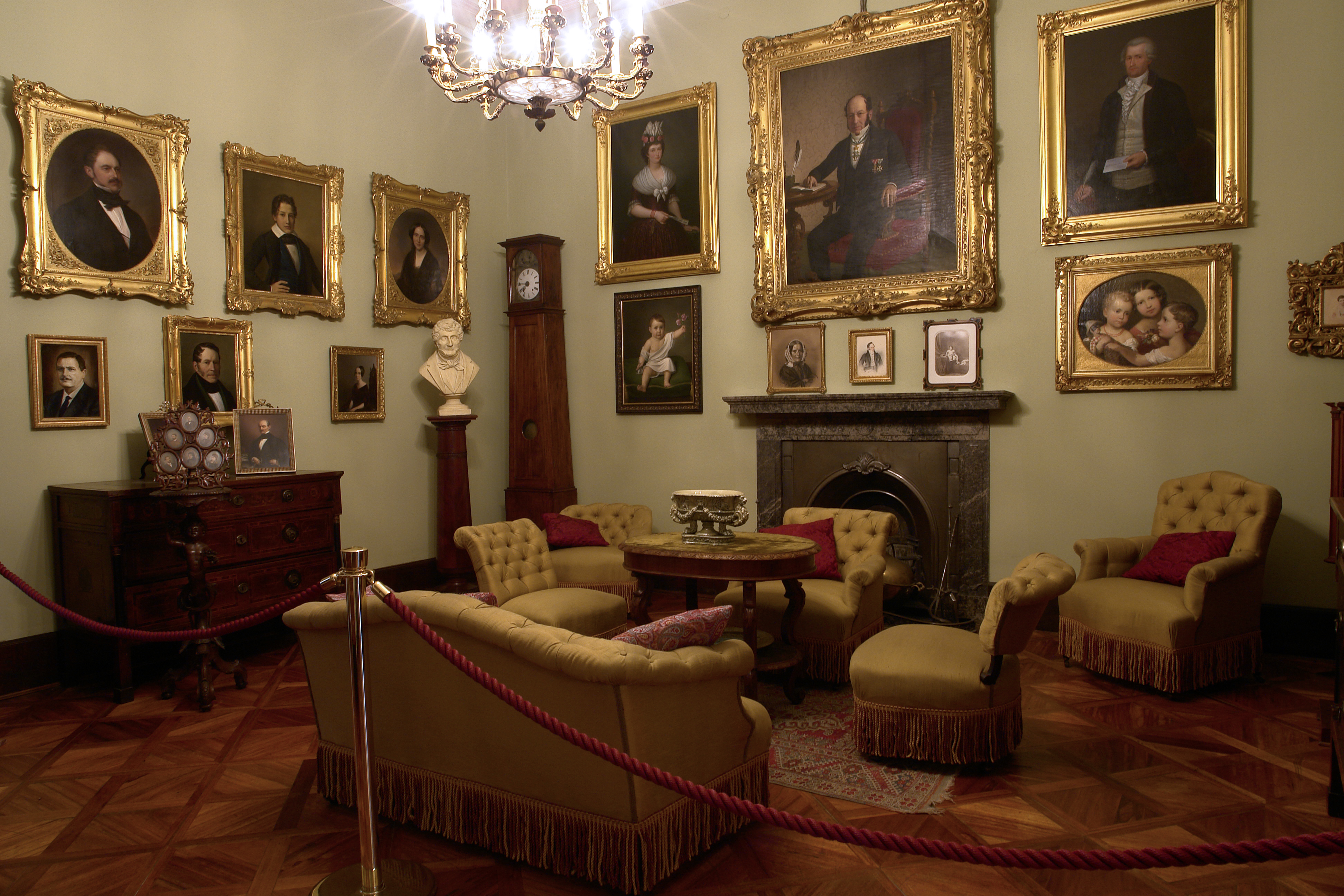 The mansion has a ground floor, two upper floors and an attic, all connected by a grand wooden staircase. The mansion interior was designed according to the fashionable style in Veneto during the 18th century: a great central hall, onto which a series of large intercommunicating rooms open. Each room is lightened up by at least two windows. The visit begins with the ground floor, with rooms all around the central Salone di Caccia. Three of them are dedicated to the Library and one to the historical Kitchen (with original stoves and tableware).

A small Chapel with many religious artworks and four rooms that exhibit the “Capolavori dell’Istria” (“Istria’s masterpieces”, a State property representing the peak of Venetian artistic production between 14th and 18th century) complete the floor. The rooms of the first floor still have the original furniture and decoration chosen by the Sartorio family. The most outstanding one is the Gothic Revival sitting room, once used for music and entertainment. Around the Ballroom with 18th century French tapestries there are: the Dining Room, where examples of early 19th century Meissen porcelain are on display; the Ancestors’ Sitting Room with the gallery of family portraits; Paolina’s Louis-XVI Sitting Room; the Music Room with Neoclassical frescoes; the Louis-XV Pink Sitting Room and the Bedroom, which in 1918 was used by Emanuele Filiberto Duca d’Aosta. Four more rooms complete the floor; three of them exhibit the Rusconi-Opuich Collection, donated in 1975 by a descendant of the Fontana branch of the family. The Collection includes a wide range of paintings, drawings, icons, sculptures, engravings, fans, textiles, jewels, archaeological artefacts, pewter objects, majolica, porcelain and glass containers, as well as furniture from antiquity to the 19th century. The fourth room displays the Santa Chiara Triptych, the only example of early 14th century Venetian painting from Trieste.

On the second floor, rooms are dedicated both to temporary and permanent exhibitions. The latter include the two rooms where the drawings by Giambattista Tiepolo are on display in rotation. The Attic is the venue of the Gabinetto dei Disegni e delle Stampe of Civici Musei di Storia ed Arte. In the other buildings of the Museum important artistic collections are hosted. The Plaster Cast Gallery testifies to the evolution of sculpture in Trieste during 18th and 19th century (from Canova to Marcello Mascherini) with more than 500 casts and models. The Quadreria “Laura Ruaro Loseri” preserves the paintings owned by Civici Musei di Storia ed Arte (visit on appointment or during special openings). The Basement, lastly, hosts a display of Italian ceramics from Middle Ages to the 19th century and of local ceramics of the 18th century, as well as the “Giorgio Costantinides” Memorial, a collection of jewels, bijoux, ceramics, glass and silver objects donated by Fulvia Costantinides between 2001 and 2015. The visit is concluded in the small English garden, with its winding paths that create irregularly shaped flowerbeds and strips of grass, its tall trees and its sculptures in the style of 18th century Veneto. 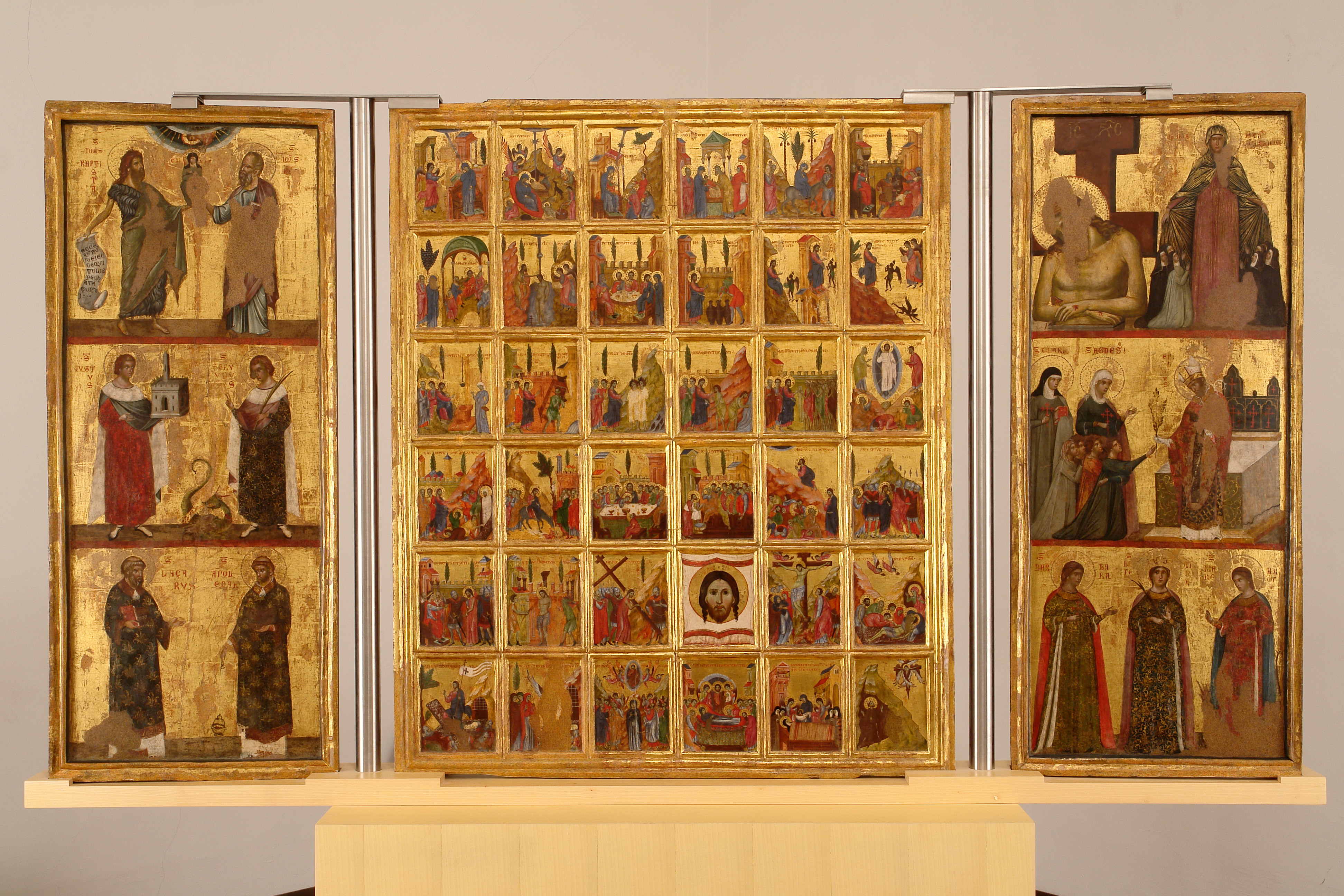 The Civico Museo Sartorio is a museum in Trieste, northern Italy. Set in an urban villa, it exhibits ceramics, majolica, porcelain and pictures, typical equipment of Trieste’s villas at the end of the 19th century.